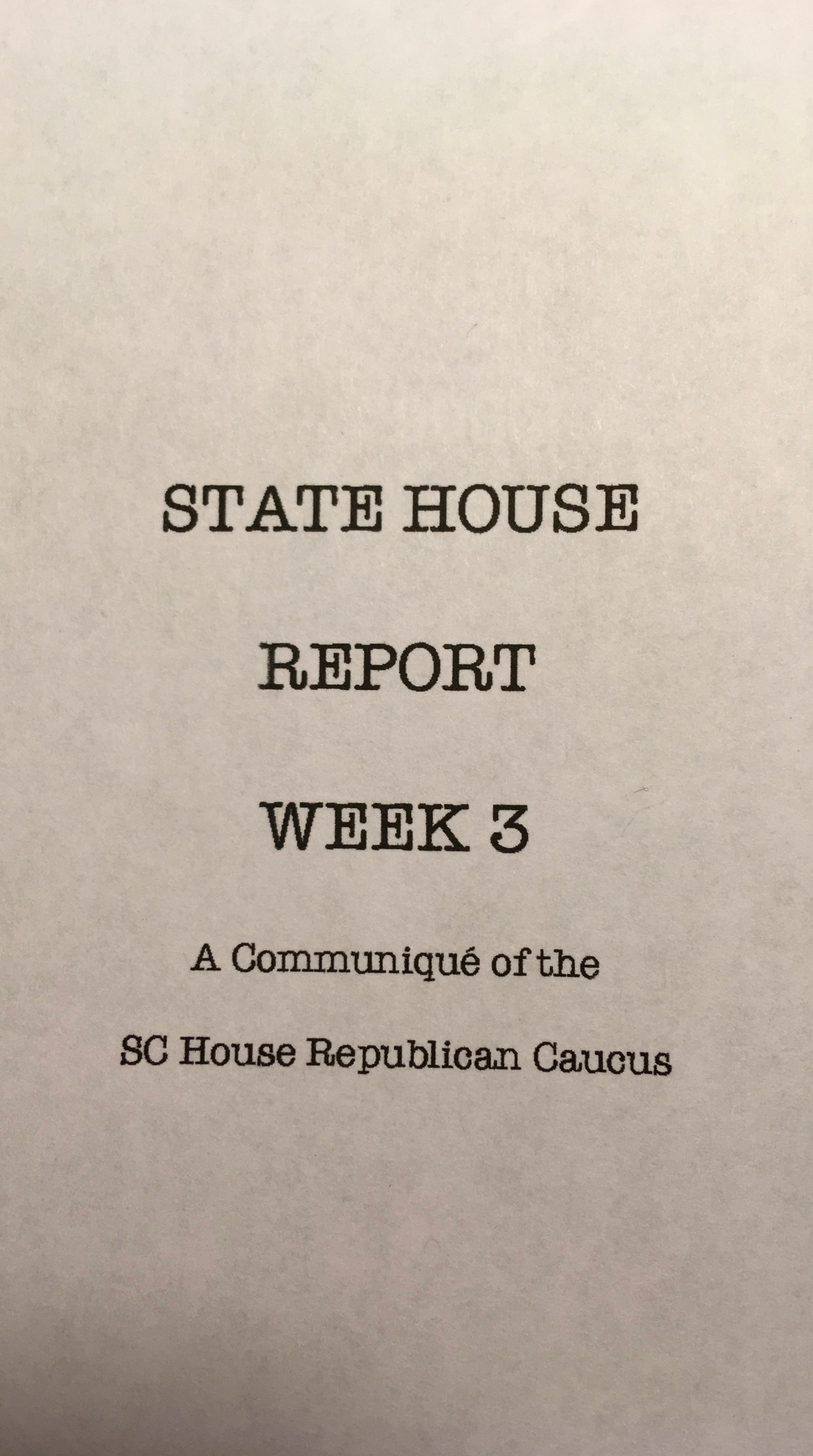 This week, Governor McMaster delivered his first State of the State address to the General Assembly and the House spent significant time on the floor debating two bills to reform the regulatory bodies that oversee utilities and set utility rates in South Carolina.

On Tuesday, the House passed its first bill included in a series of legislation designed to increase protection for ratepayers who have been affected by the VC Summer nuclear debacle. This legislation creates a Utilities Consumer Advocate, grants subpoena power to the Office of Regulatory Staff (ORS) and the Consumer Advocate, and removes a utility’s financial integrity from ORS’s concerns. By removing a utility’s financial integrity from its purview, ORS will be required to focus solely on the consumer’s interests. The House passed this bill 114-1.

The following day, the House passed a second proposal to abolish the Public Utilities Review Committee (PURC) and create a Utilities Oversight Committee. This new committee will be comprised of House and Senate members, legislative appointments and four gubernatorial appointments from the general public. It also imposes strict ethical requirements to prohibit outside influence from utilities regulated by the Office of Regulatory Staff (ORS) and the Public Service Commission (PSC).

After passing these two reform bills, the General Assembly heard from Governor McMaster as he delivered his State of the State address. The address highlighted numerous matters of policy, many of which the House has already championed in our work this session. Among them are: protecting ratepayers and regulatory reform, workforce development, ethics reform and education reform to name a few. The Governor proclaimed our state to be in good order.

This week, the House also said farewell to our dear colleague, former representative Eric Bedingfield, and welcomed his replacement, Representative Ashley Trantham (R-Pelzer). Bedingfield leaves the House after a decade of distinguished service and was presented with the Order of the Palmetto, the highest civilian honor in our state. We are pleased to report that Representative Nancy Mace (R-Daniel Island) joined our ranks, putting the total number of Republicans in the House at 79.

I am a member of the House Republican Caucus. As always, thank you for the privilege of serving you in Columbia.  If I can ever be of assistance to you, or if you have ideas on issues you want me to share with the rest of the General Assembly, please don’t hesitate to contact me at 864 918-4859.