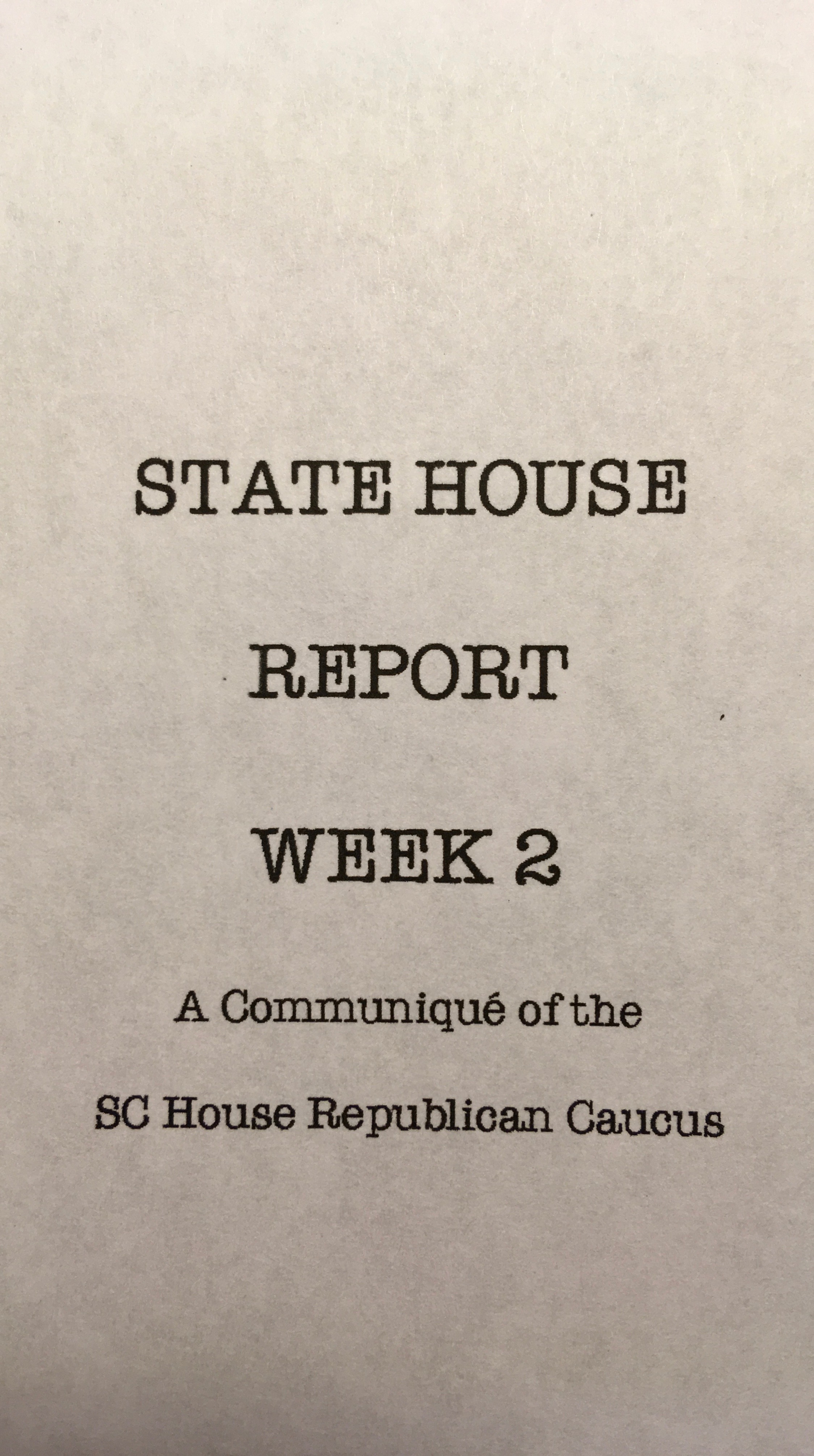 The inclement weather that left much of the state with snow and ice, unfortunately, halted floor action for two days this week. However, the winter storm did not prevent House committees from getting to work on important legislation or hearing more about a proposed deal from Dominion Energy to purchase SCANA, a private utility company based in South Carolina.

We have heard from so many of you about the importance of protecting ratepayers (residential customers paying an electric bill) over the past weeks and months. As a result of the failed VC Summer nuclear project (a joint project of Santee Cooper & SCANA), Dominion Energy, a private energy company based in Virginia, has emerged as a potential buyer of SCANA.

In fact, Dominion Energy and SCANA entered into a purchase agreement, and Dominion CEO Thomas Farrell appeared this week at a bipartisan House committee to explain the details. The testimony was thoughtful even if lengthy and controversial at times, but it allowed us to glean the necessary information we need in order to proceed. Another update for you on ratepayer protection will new issued next week.

By way of update, the House introduced six bills to address the opioid misuse epidemic and all six were referred to the House Medical, Military, Public and Municipal Affairs Committee. This committee is tasked with studying these bills and passing them to the full House for consideration on the floor. Our goal is to move diligently and get our proposed reforms sent to the Senate for a vote.

This week, Assistant Majority Leader Eddie Tallon (R-Spartanburg) also introduced legislation to remove the barriers drug companies face when providing lethal injection drugs. In effect, our state is unable to execute death row inmates until this is in place.

I am a member of the House Republican Caucus. As always, thank you for the privilege of serving you in Columbia.  If I can ever be of assistance to you, or if you have ideas on issues you want me to share with the rest of the General Assembly, please don’t hesitate to contact me at 864 918-4859.